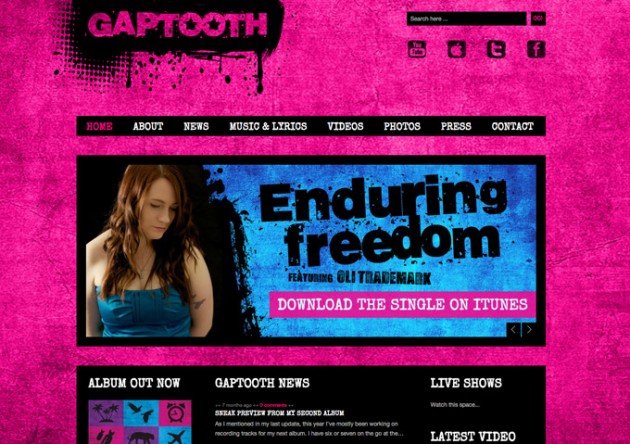 What do you do?
I’m a songwriter, singer and producer of electronic pop music. I record and release my music online, and play live shows now and again as well.

What materials/styles/influences do you work with?
I have a handy notebook that I write down all my lyrics in, then I record everything using Logic X on my Macbook Pro. When it comes to recording vocals I usually go to Dreamtrak Studio in Hackney, where we also mix and master the tracks ready for release.

Tell us about yourself!
I’ve been writing and recording songs ever since I was little – my dad is a recording engineer so we always had recording equipment in the house. I adopted the name ‘Gaptooth’ in 2005 when I was living in Bristol and started playing live. Since then I’ve released two singles and an album called Connections/Departures. I’m currently working on a new EP which I hope will be out later in 2015.

What do you hope to gain from being a Guest Creator?
It’s always good to share information with other creative people and learn about what others are doing. The independent music industry thrives on collaborations and skills exchanges, especially with small artists, producers and the like. We have to help each other out!